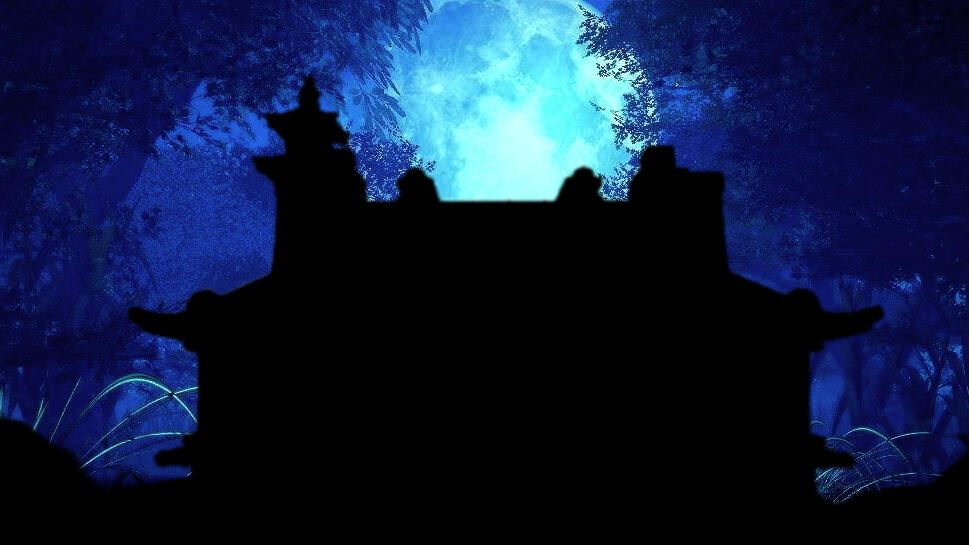 NightRaid is a combat and story oriented Free Company established in the Far East, whilst primarily identified as an organization of bounty hunters and mercenaries, we employ a wide array of individuals that emerge from all walks of life seeking for work and home. The company openly welcomes those looking to work honestly and loyally, whether experienced or new to the field of combat, regardless of certainty for their future or looking to change from their past, to embark on a new path of self discipline, of penance. NightRaid is no stranger to the nature and world of the supernatural, such as yokai, be them on terms as foe or ally. We are a semi-serious RP guild, not only do we strive to provide engaging bounty services and entertainment events to the public but we incorporate company and character building through the ongoing storyline, casual RP and training that has been developed over NightRaid’s many years of running. 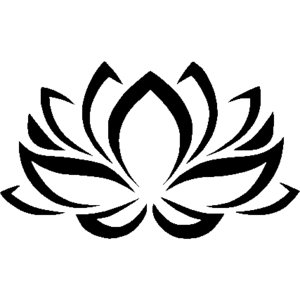 We have our own private roleplaying schedule for sessions which include some public events hosted by the company, company meetings typically in the evenings, getting together for group content, crafting, and more! We’re known to hold bounty roleplay events both privately and publicly for the Crystal Datacenter. Learning combative roleplay in the form of training and sparring with our combat system for those interested is a heavily focused aspect within Nightraid.Each member of NightRaid is welcomed to host an event, collaborate with other members, share ideas, expand their character relations and achieve development through writing and roleplay. The company is not limited to bounty work, provided we also take most odd jobs and host events focused on entertainment gigs for extra cash! Events such as:Karaoke Night, Bounties, Holiday Events, Host Clubs, Brawling, Parties, Mingles and Get Togethers, Storytelling, Smaller Festivals, Games, Feasts, Tournaments, Meditation, etc. 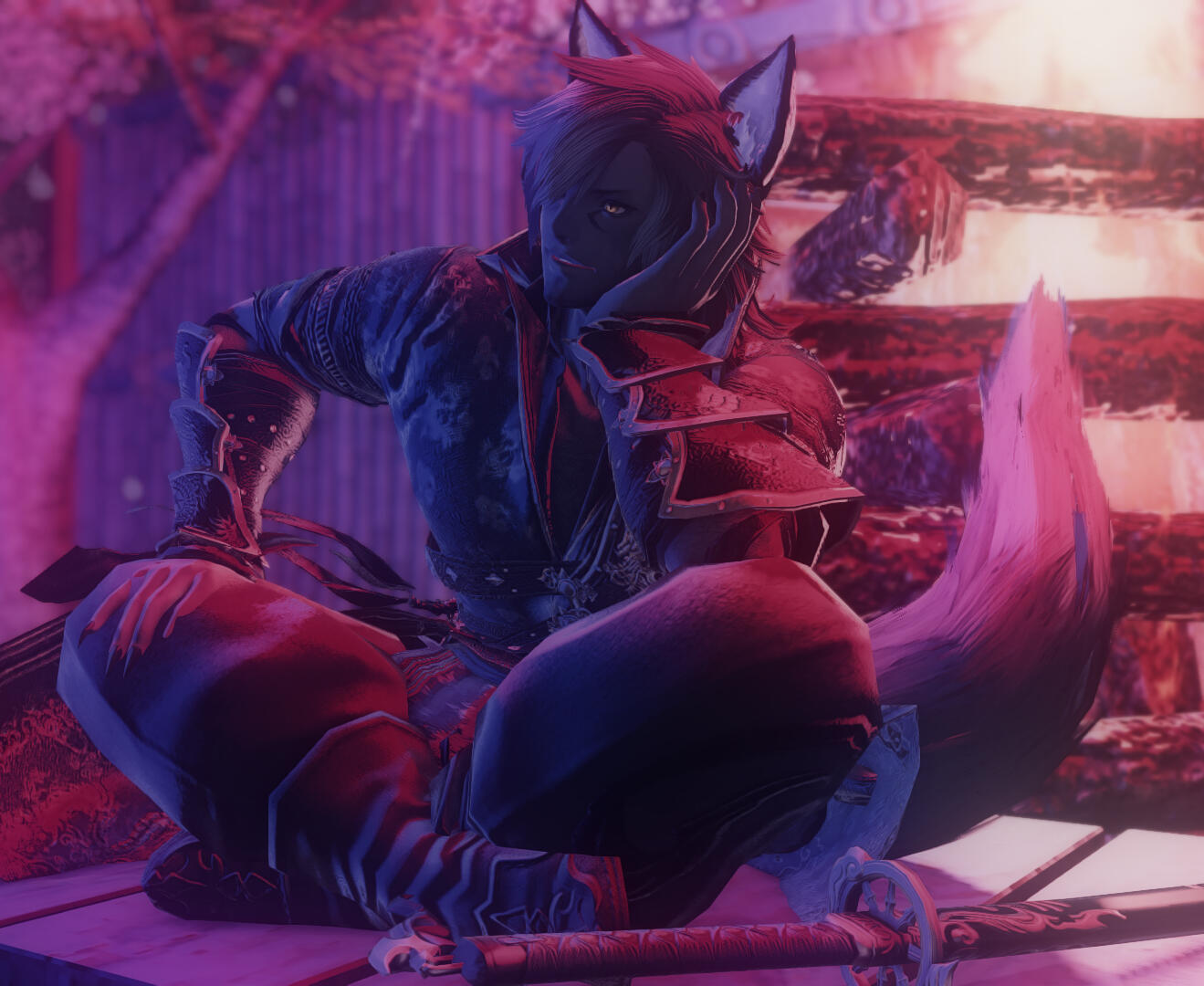 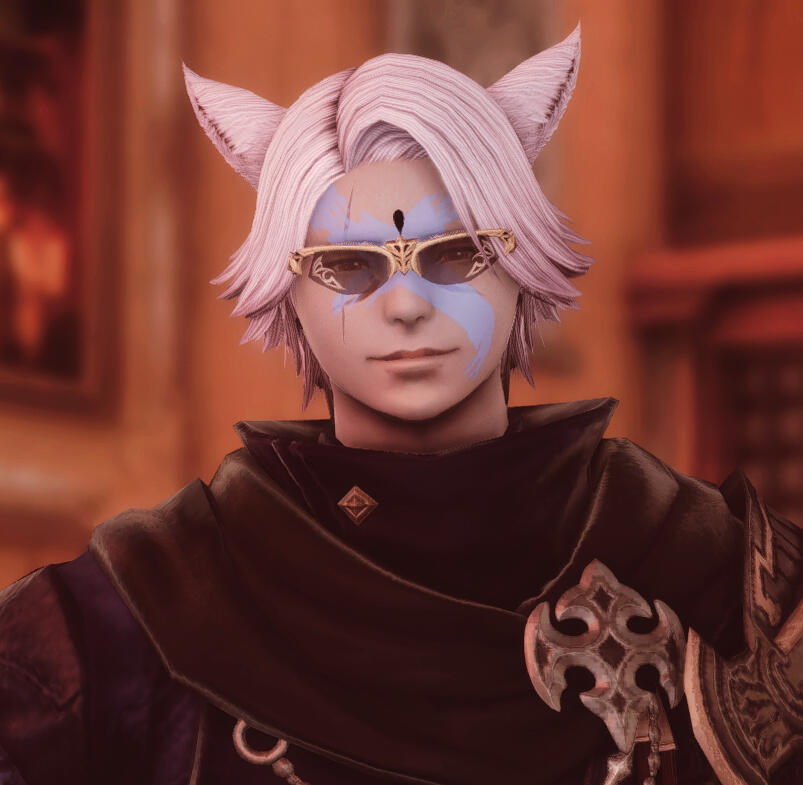 If anyone is interested in scheduling to meet any of our members for hire, or in search of a job, request, or bounty, you're welcome to arrange for an RP session
Contact: Tetsuro#3438 via Discord! 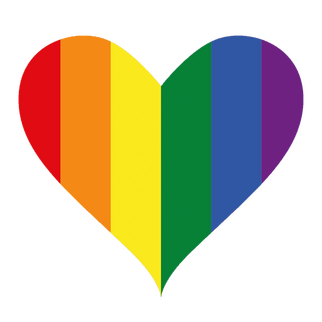 We are an lgbtq+ safe space. please respect that.

Out of Character Rules

✦ Respect your fellow members within the company.✦ If you have an issue with a fellow member of the company, speak like adults. Do not spread things to the rest of the company.✦ Contribute to Free Company events when you can, this isn't a freeloader FC.✦ Ensure you communicate things between characters OOC before doing something drastic IC.✦ If you are plotting an FC-wide event or storyline, please check in with the leader beforehand.✦ For training sessions, please maintain a focus and do not spam the FC chat the entire time.✦ During serious events, maintain a focus and respect for those roleplaying.✦ Tone down NSFW comments and keep NSFW-explicitly in the appropriate channels or privately.✦ Avoid bringing up overly sensitive topics outside of the appropriate channel of our Discord.

✦ Listen to and respect your superiors. Follow the orders you are given from them.✦ Avoid / do not promote sexual or erotic RP in public places.✦ Recognize that IC actions = IC consequences.✦ Never force anything onto anyone else's characters. Ensure you communicate prior to doing anything that may heavily affect them.✦ You are expected to maintain full focus during training sessions.✦ Things discussed as Nightraid matters ought to stay within Nightraid only. Do not go spilling out to your friends about serious operations or any character's issue without their permission.✦ Do not attempt to kill a fellow member of the company. It certainly has happened before.✦ No god-modding / meta-gaming.✦ Please be courteous to those who are roleplaying. Do not be disruptive or distracting.✦ Do not eavesdrop secretly or without permission.✦ Do not steal or copy the ideas or writing of another individual. Consult with the other first and foremost.

part of Nightraid's core teachings is the Bushido Code. the code is meant to act as a guide for those who wish to follow it in-character. tetsuro does not strictly enforce it, however he offers it with the means of those who seek growth and redemption in the Way of the Warrior. 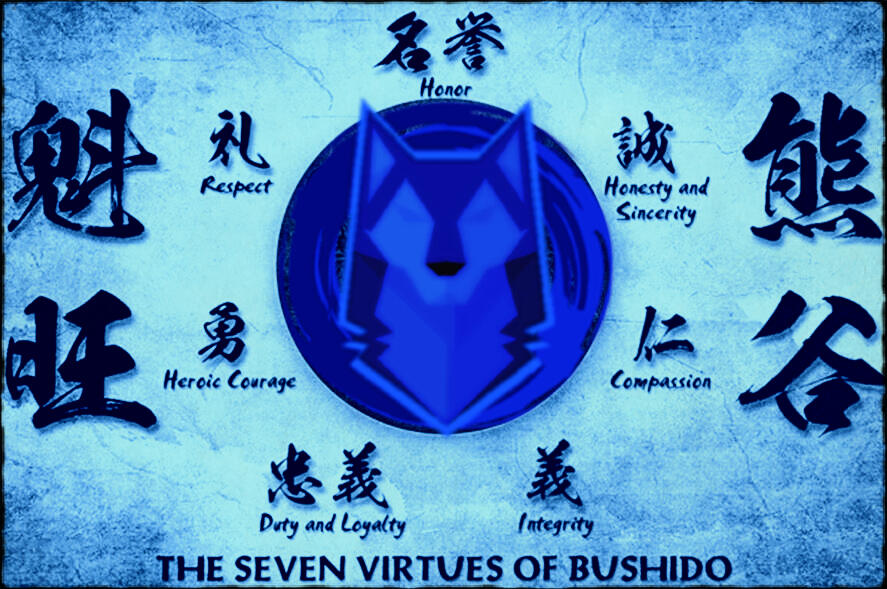 NightRaid is also known for hosting plenty of public and reoccurring events. Primarily we are known for our events welcoming a haven for hunters, mercenaries, etc. looking for jobs! Our space welcomes those who may also search for our services and request what our workers may be able to provide or aid in. Though, outside of our expertise, we also host events catering to a general audience providing entertainment and eatery, such as our partnership with Third Eye Sushi. The downstairs of our office with our stage & bar is also typically open as a venue!

NightRaid is known for offering jobs and issuing bounties to fellow mercenaries or adventurers. At times, we host events where a certain number of clients are free to take on jobs or request a job while accompanied by a worker to be done by our hireable members. A reward is given upon completion of a job issued by NightRaid!

Happy Hour at Third Eye Sushi Every other tuesday @ 10PM 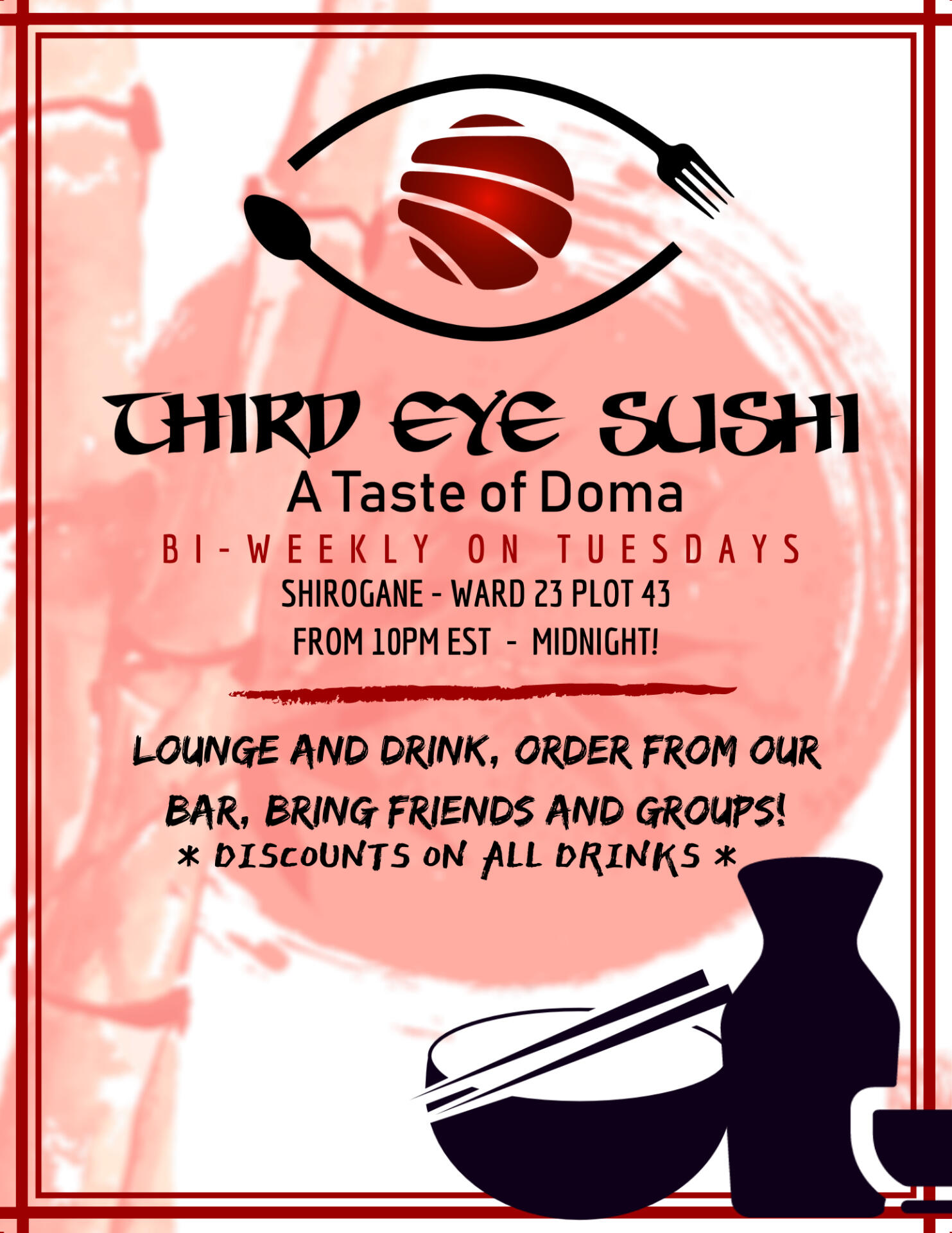 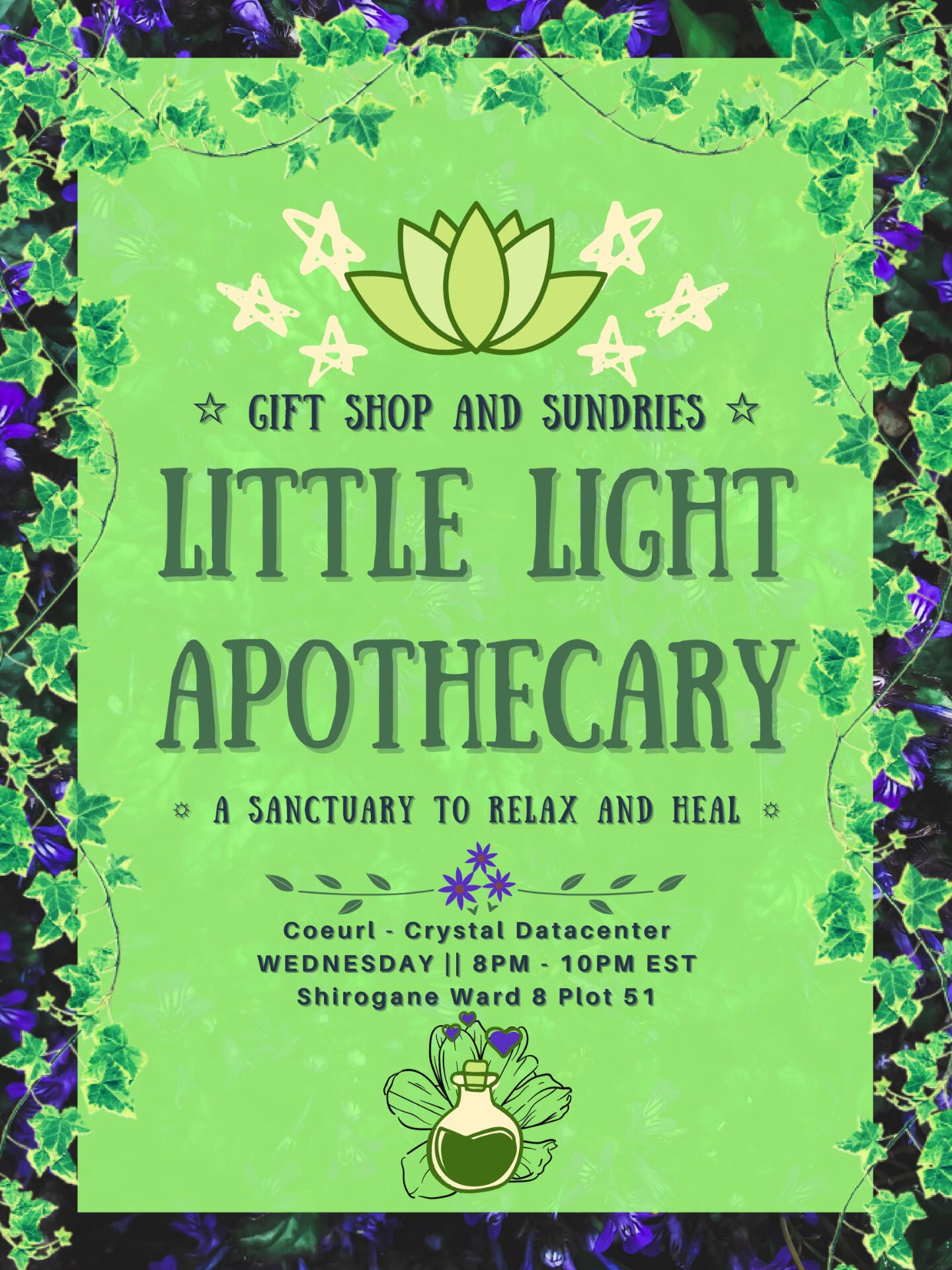 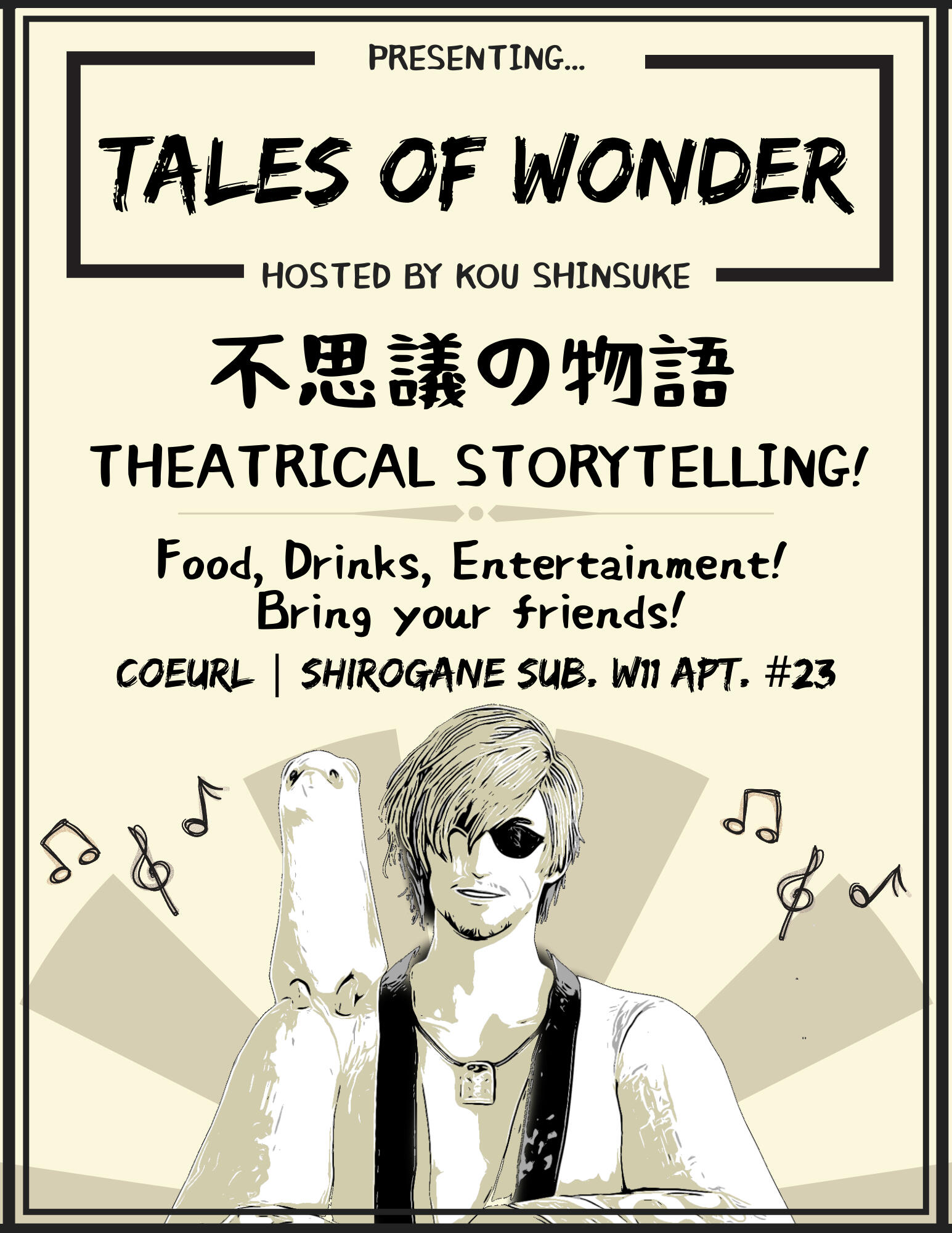 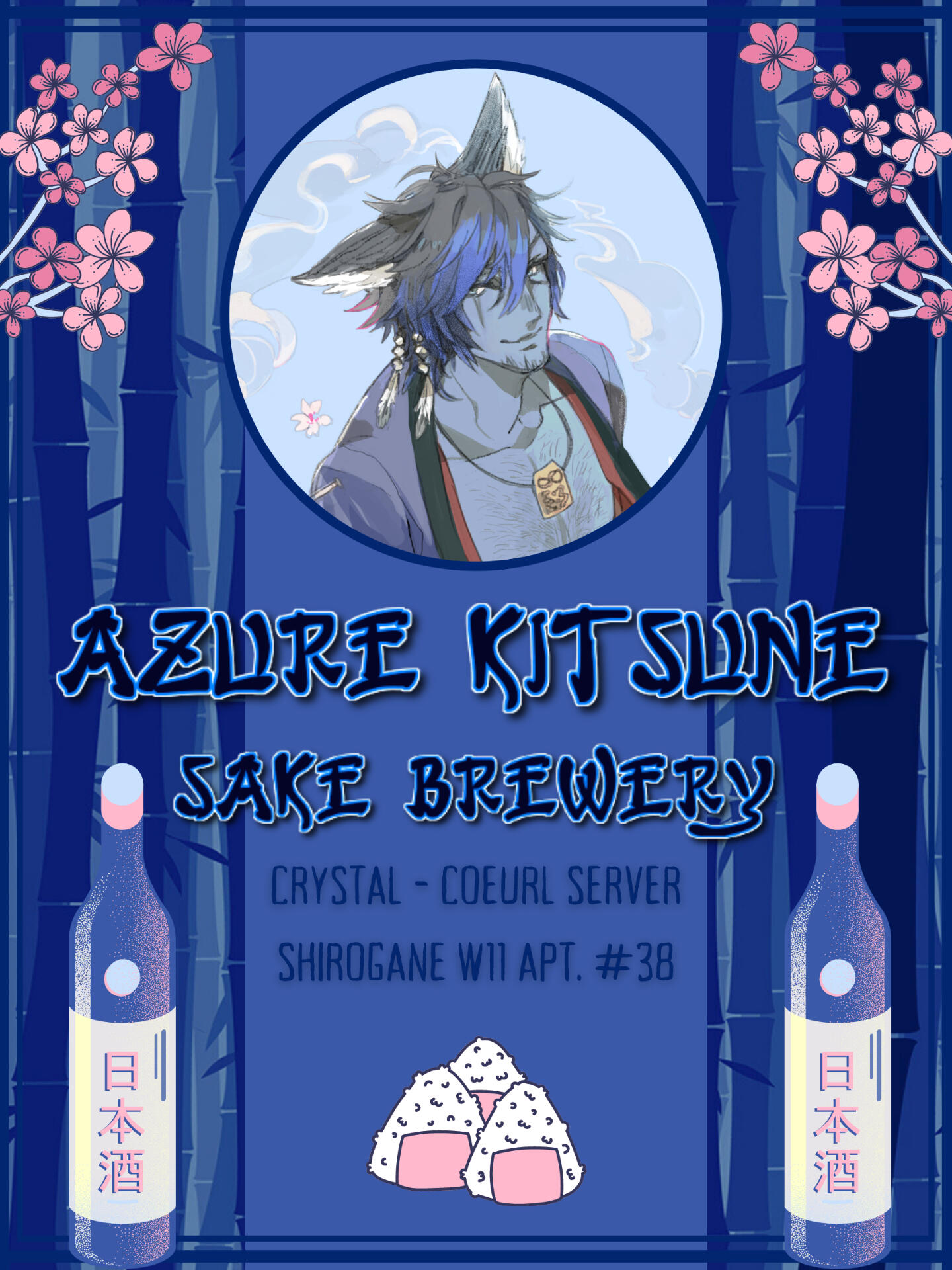 Before we consider hiring you for our free company, we'd love to meet your character through our main event, Bounty Call! You must apply to the application form listed below. Each member must first undergo an IC interview in order to be added to both our discord and our free company in-game. Interviews can be scheduled and set up easily by the Boss or one of our bounty officers. We will get back to you! Mind that due to this company's darker themes and members, we are an 18+ OOC/IC FC. 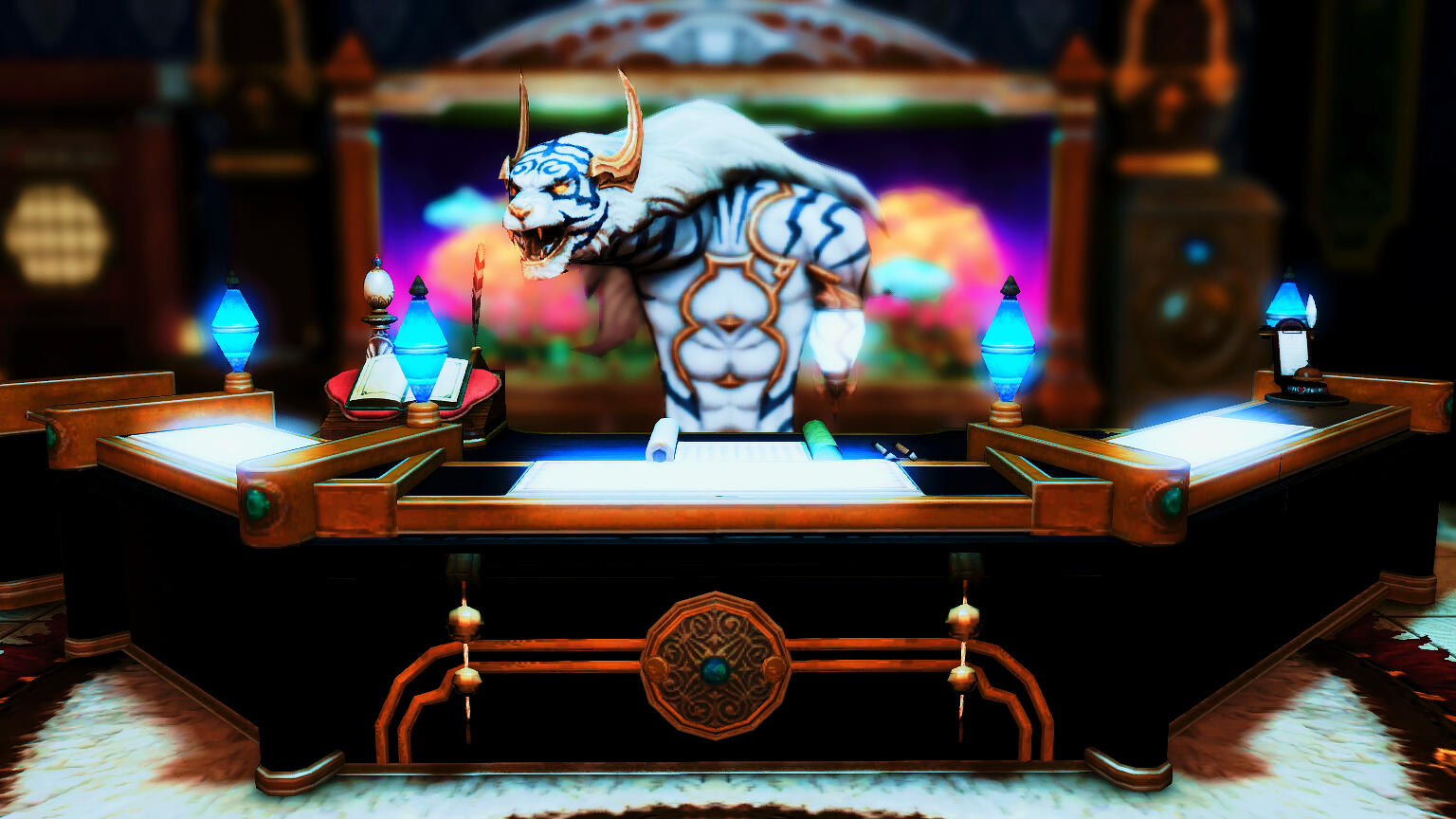 Joining in-character!
There are recruitment posters / flyers that are posted ICly in every major city within the game; Kugane, Gridania, Ul'dah, Limsa. If you would like your character to pick it up, simply bring it to the office and show it to one of the higher-ups or the boss himself as a general means to get your character interviewed. Otherwise, another instance can be established through story situations upon collaboration with the boss.

Here are some captures of NightRaid's moments.
(Click to enlarge photos)

These are the ranks and path significances that NightRaid holds for individuals looking to rank up within the Free Company efficiently. Roles and ranks are taken very seriously, but are open to everyone who wishes to achieve them. Training under multiple paths is also common. 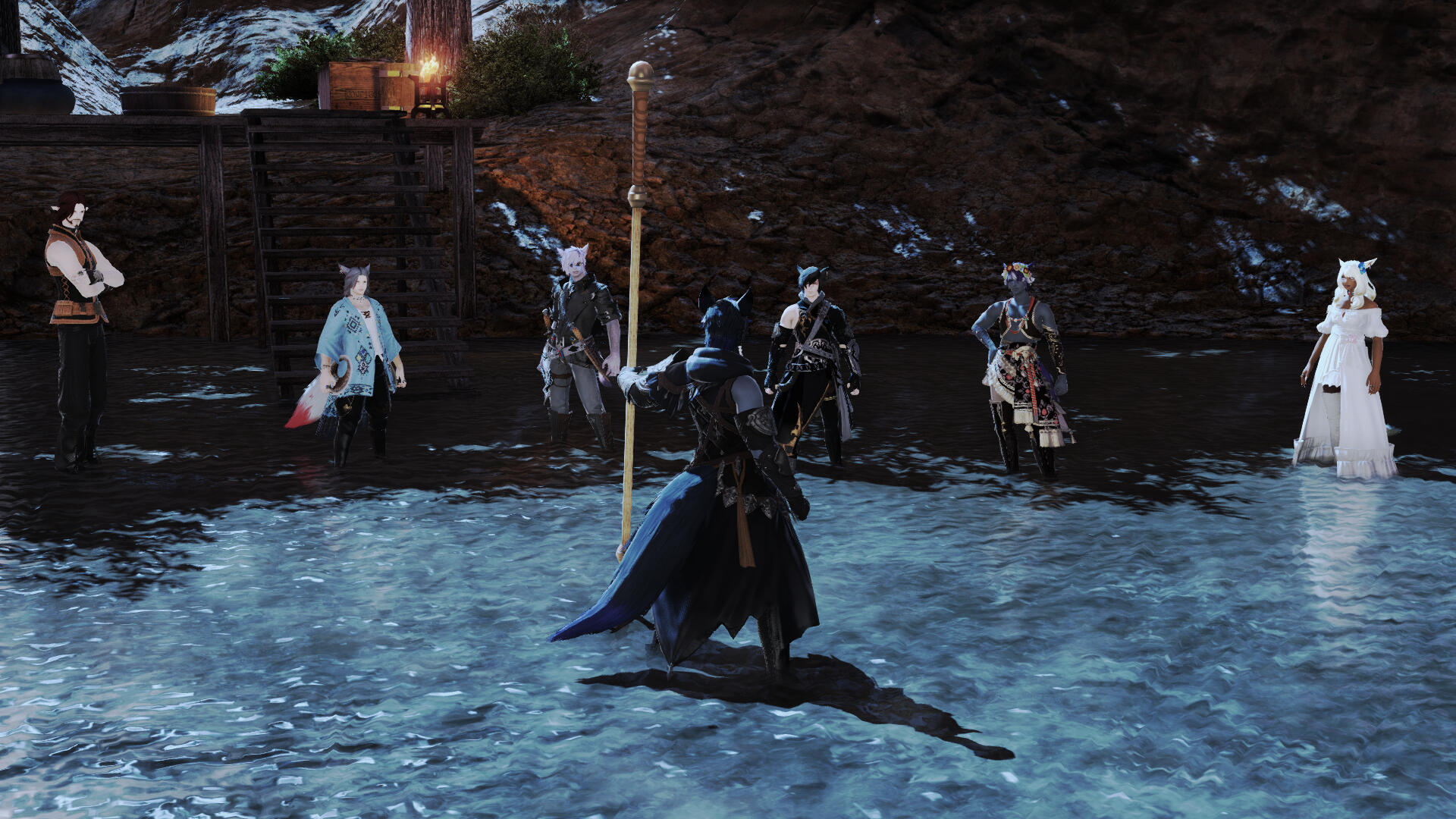 ✦ Hunter's Track:
Unlike the assassin, who tends to work alone, the hunter works best in a pack. The role of the hunter revolves around utility, resourcefulness, and supporting your allies, so in some ways, the hunter is required to know a little bit of everything. In addition to combat, it requires survivalist training, and training in how to direct a group. On the field, a hunter directs the battle in the absence of the leader, and so knowledge of combat strategy, as well as a close relationship with your comrades, are ideal. Off the field, hunters may be called to do reconnaissance work, or hunting and gathering for the company. Any class can become a hunter.✦ Assassin's Titles:
The path of the assassin is not limited / not restricted to the ninja class. It can vary between far-ranged classes (sniping), even mage classes. The role of the assassin would draw their focus in on learning how to carry out aspects such as: assassination, hunting, tracking, undercover missions, underground jobs, etc. It requires training far more focused on the means of concentration, agility, and quickness. When reaching the highest rank in assassination training, you are given a code-name by the leader.✦ Guardian's Path:
The duty in regards to the Guardians is more on the forefront. They are a force meant to protect, defend, and attack directly if need be. Some are also made to partake in shifts watching Headquarters on guard. If need be, they are also the ones who are trained in interrogation and questioning. Unlike the Assassins, they are meant to storm by face and overwhelm. Potentially any class can be made as a Guardian class.✦ Exorcist's Duty:
The duty regarding an Exorcist consists of dealing with supernatural beings of all kinds in far-eastern study, including but not limited to: Yokai, Spirits, Voidsent, Black Magic, Entities beyond this world, etc. They are trained to master basic defense, before being made to memorize mantras with mudras, as well as the use of talismans, charms, wards, and blessings. Their duty is similar to that of an omyouji, considering NightRaid deals with supernatural beings often. Their focus is to become adept in the otherworldly, while honing what they learn and applying it to protecting the company and hunting. They are required to be able to master a lot of memorizing, reciting, and calligraphy.✦ Healer's Study:
The path of the healer is just as important as the other combative forces. Healers must undergo basic training with the means to at least master defending themselves when the time calls for it. Their primary focus would be study and experimentation with the means of healing for those in their company, and to be trained to heal during tighter situations or throughout fighting. They must hold and gain knowledge of at least healing magics or herbal remedies, and minor patch-ups, and something as advanced as possible surgery.

✦ Leader / Boss:
The lead oversees all that happens within the company, organizes the main events and storylines to the company, decides rank and focuses training individual higher ranks to progress within the free company. Everything gets run through the boss.✦ Officers:
This rank is the only rank besides Leader, eligible, permitted, and trusted to train the newly recruited or novice members of the company. They have met all requirements that allows them to mentor, counting to lower ranks wanting to rank up. They work the closest with the lead, and oversee nearly as much.✦ Secondary:
This rank is the first form of responsibilities entrusted after mastering basic training as a novice. At this point their focus is learning on how to take up responsibilities for the free company and lead. They may host review sessions, but are not eligible to teach freshly. Their focus of training is heavily concentrated on towards mastering their main hand, and learning how to soon mentor other novices.✦ Novice:
The initiate members of the company whose focuses are getting through their basic training, helping around Headquarters with certain tasks, and volunteering where they can to help the rest of the company, taking part in storyline and their own plotting, etc.